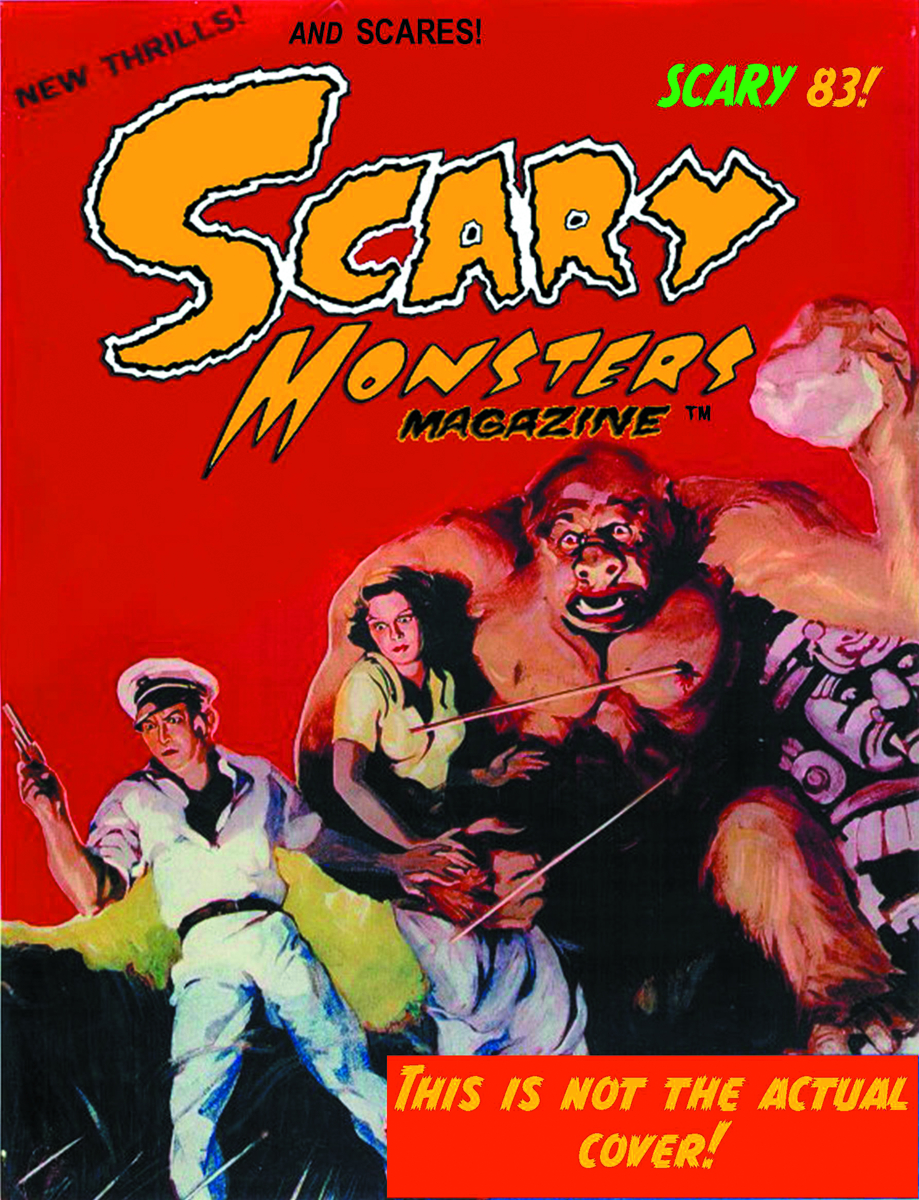 APR121402
(CA) Terry Beaty
Scary Monsters Magazine will be packed once again with articles "Like Son, Like Son?" which looks and compares Son of Kong and Son of Godzilla; "Those Prehistoric Cliches" which looks at well, cliches in prehistoric monster movies; and War Eagles: The Legacy Of The Legend which looks at this unmade film's history that was to be made by Merian C. Cooper and Willis O'Brien of King Kong fame.