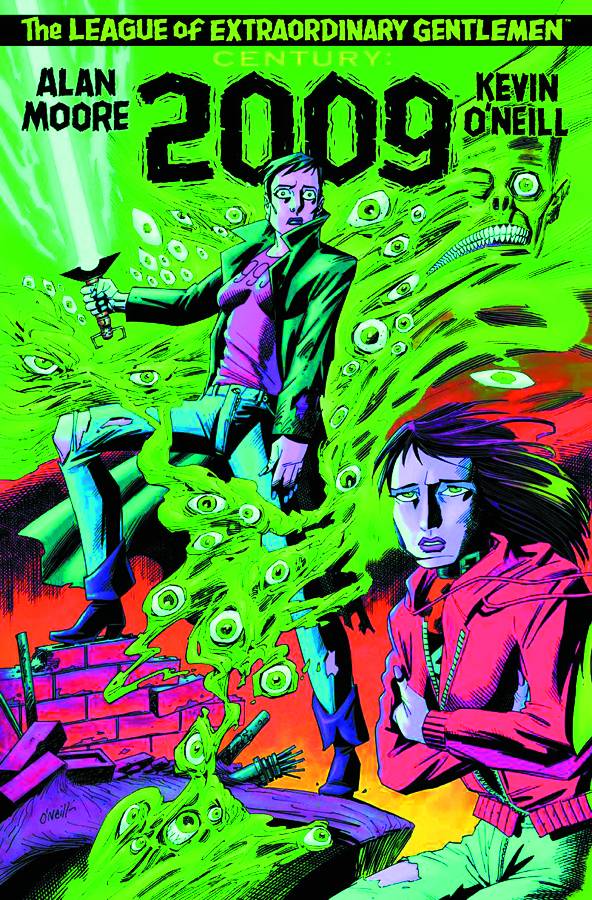 #
APR121232
(W) Alan Moore (A/CA) Kevin O'Neill
The narrative reaches its cataclysmic conclusion in London 2009. The magical child whose ominous coming has been foretold for the past century has now been born and has grown up to claim his dreadful heritage. His promised age of unending terror can commence, the world can now be ended, and there is no League, extraordinary or otherwise, to stand in his way. The bitter, intractable war in Q'umar crawls bloodily to its fifth year, away in Kashmir a Sikh terrorist wages a holy war against Islam that must push the world into a nuclear holocaust, and in a London asylum there's a patient who insists she has all the answers.
In Shops: Jun 27, 2012
SRP: $9.95
View All Items In This Series