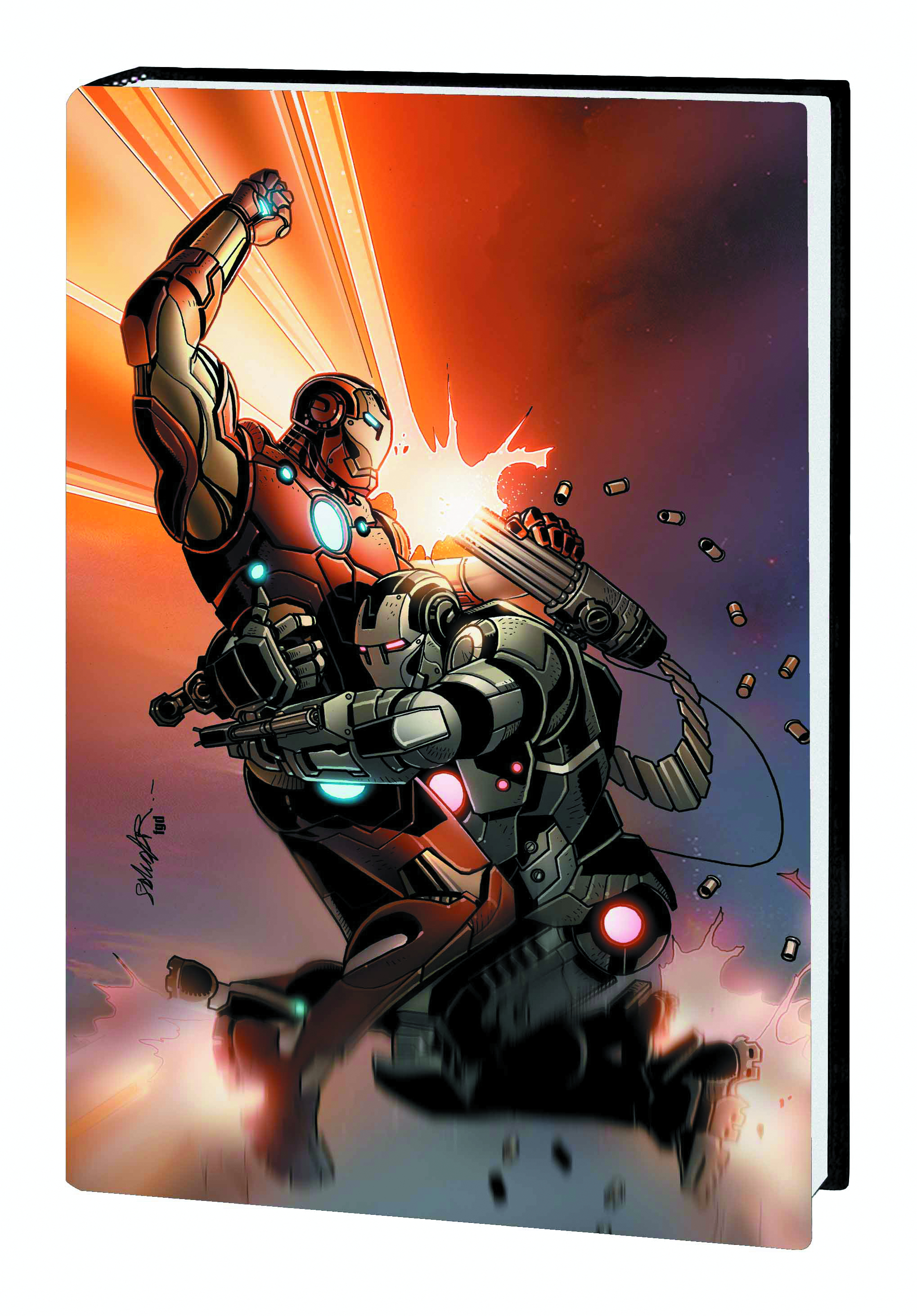 APR120709
(W) Matt Fraction (A/CA) Salvador Larroca
With FEAR ITSELF over, Tony Stark must deal with the consequences of his startling actions. Hounded by the media, can Stark overcome his demons in time to repulse an attack by the Mandarin on American soil? Plus: Iron Man's enemies take advantage of Tony Stark's lowest ebb to destroy him, as Zeke Stane and a NEW Detroit Steel return! And as the wave of super-villain attacks by reinvented classic rogues continues, Bethany Cabe goes on the hunt for Spymaster! Should Tony Stark be Iron Man? Can James Rhodes - a.k.a. War Machine - convince him otherwise? Be there as the Mandarin and Zeke Stane join forces - and a hero falls! Collecting INVINCIBLE IRON MAN #510-515.