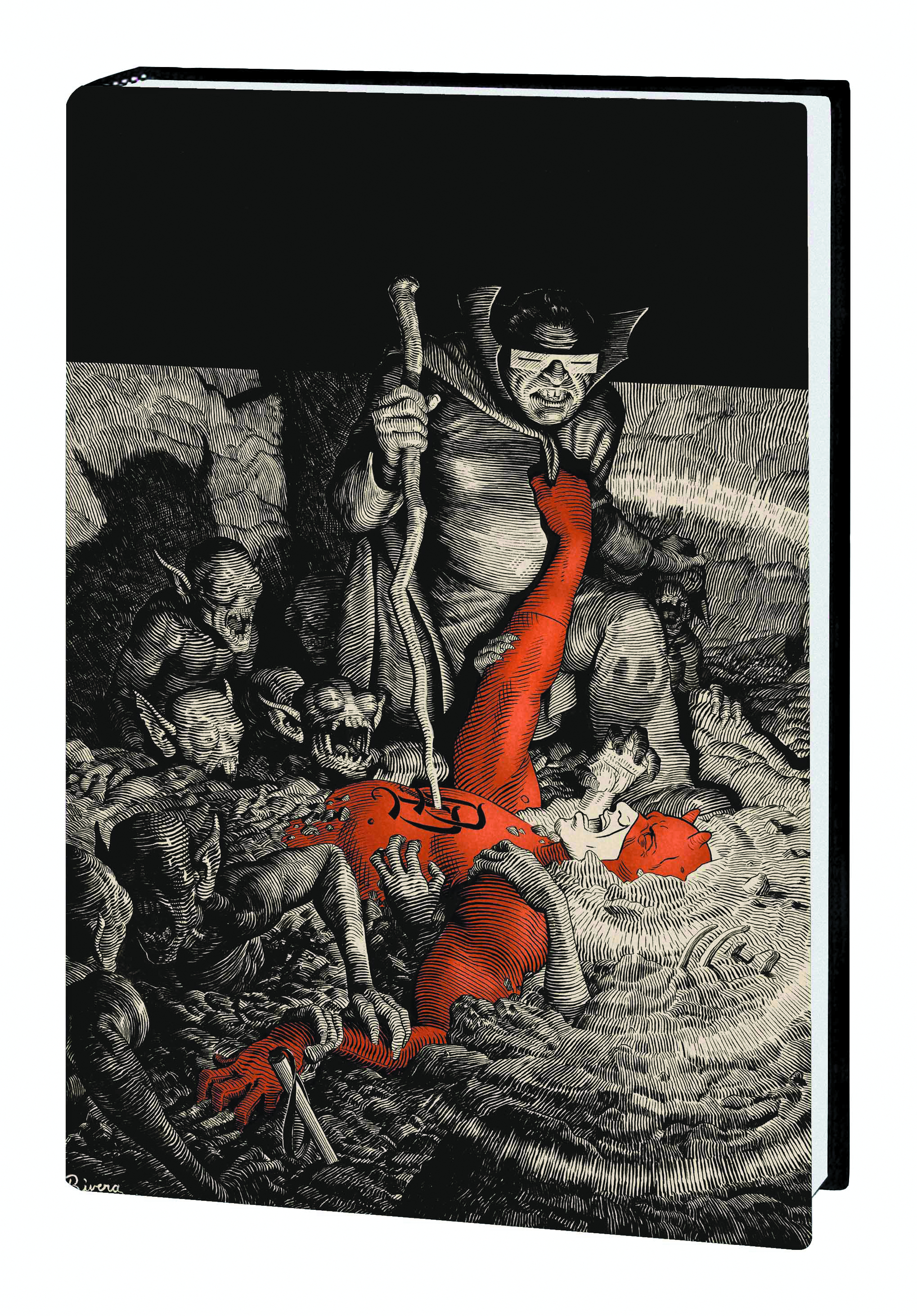 APR120703
(W) Mark Waid (A) Emma Rios, Khoi Pham (A/CA) Paolo Rivera
The year's most critically acclaimed series! Following a shocking discovery about the Marvel Universe, Daredevil has a weighty decision to make - the results of which will affect his friends and enemies both! Meanwhile, the Nelson and Murdock law offices struggle to celebrate the holidays as insurmountable problems descend upon them! Then, Spider-Man and Daredevil team up when Black Cat is arrested, and Murdock is the only lawyer who will touch her (her case, we mean). The next great love triangle of the Marvel U. begins - assuming that DD can survive a cabal of villainous secret societies, all sworn to bring the hero to his knees! Collecting DAREDEVIL (2011) #7-10 and #10.1, and AMAZING SPIDER-MAN (1963) #677.