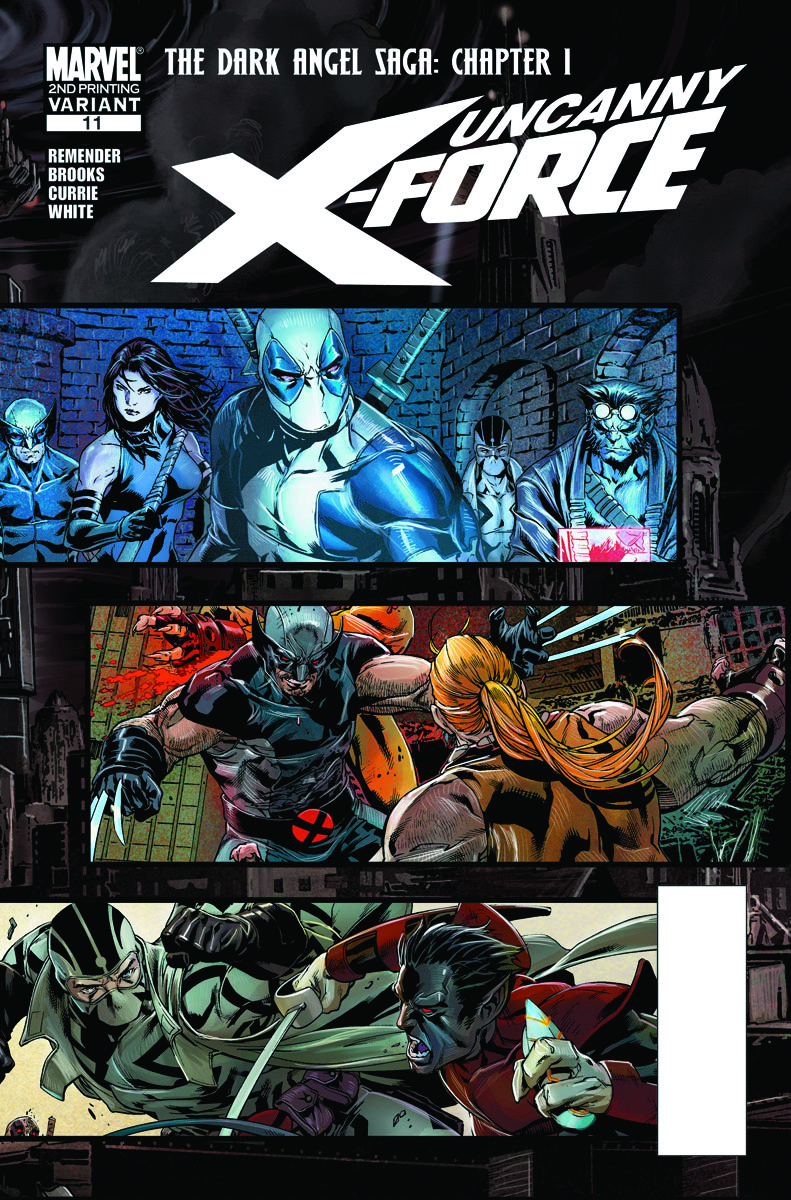 APR118216
(W) Rick Remender (A) Billy Tan (CA) Mark Brooks
(W) Rick Remender, (A/C) Mark Brooks
From Marvel Comics. Dark Angel Saga, Pt. 1 -- Apocalypse is dead. His heir, Archangel, has picked up where his predecessor left off, amassing an army of En Sabah Nur's greatest servants! The only hope X-Force have of saving Warren Worthington from the dark entity that inhabits his soul, rests in a dimension where Apocalypse, and his technology, took over the world, the solution lies in-The Age of Apocalypse! However, before X-Force can obtain the thing capable of saving their friend, they must defeat The Amazing X-Men! Scheduled to ship 07/13/11. (161)