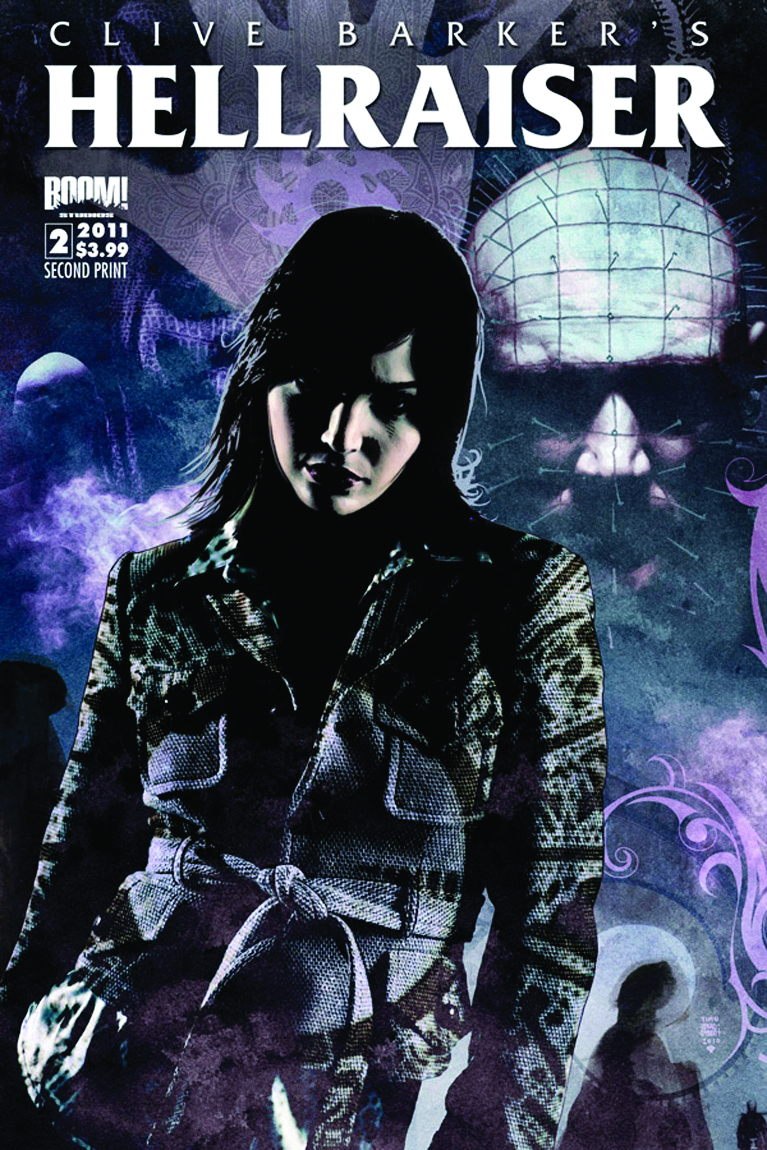 APR118195
(W) Clive Barker, Christopher Monfette (A) Leonardo Manco (CA) Tim Bradstreet
(W) Clive Barker, Christopher Monfette, (A) Leonardo Manco, (C) Tim Bradstreet
From BOOM! Studios. 2nd Printing! One of the greatest horror franchises of all time returns, now under the control of its original creator! Witness Barker's long-awaited return to tell a new chapter in the series' official continuity - a trajectory that will forever change the Cenobites and Pinhead! Kirsty Cotton is back! To fight the forces of the Cenobites she has become a Harrower and has gathered a team that, like her, is damaged and insane enough to take on what Hell has got! As Pinhead's plan becomes clearer, what will Kirsty's role in it be? Cover by Tim Bradstreet. Scheduled to ship 06/22/11. (6679)