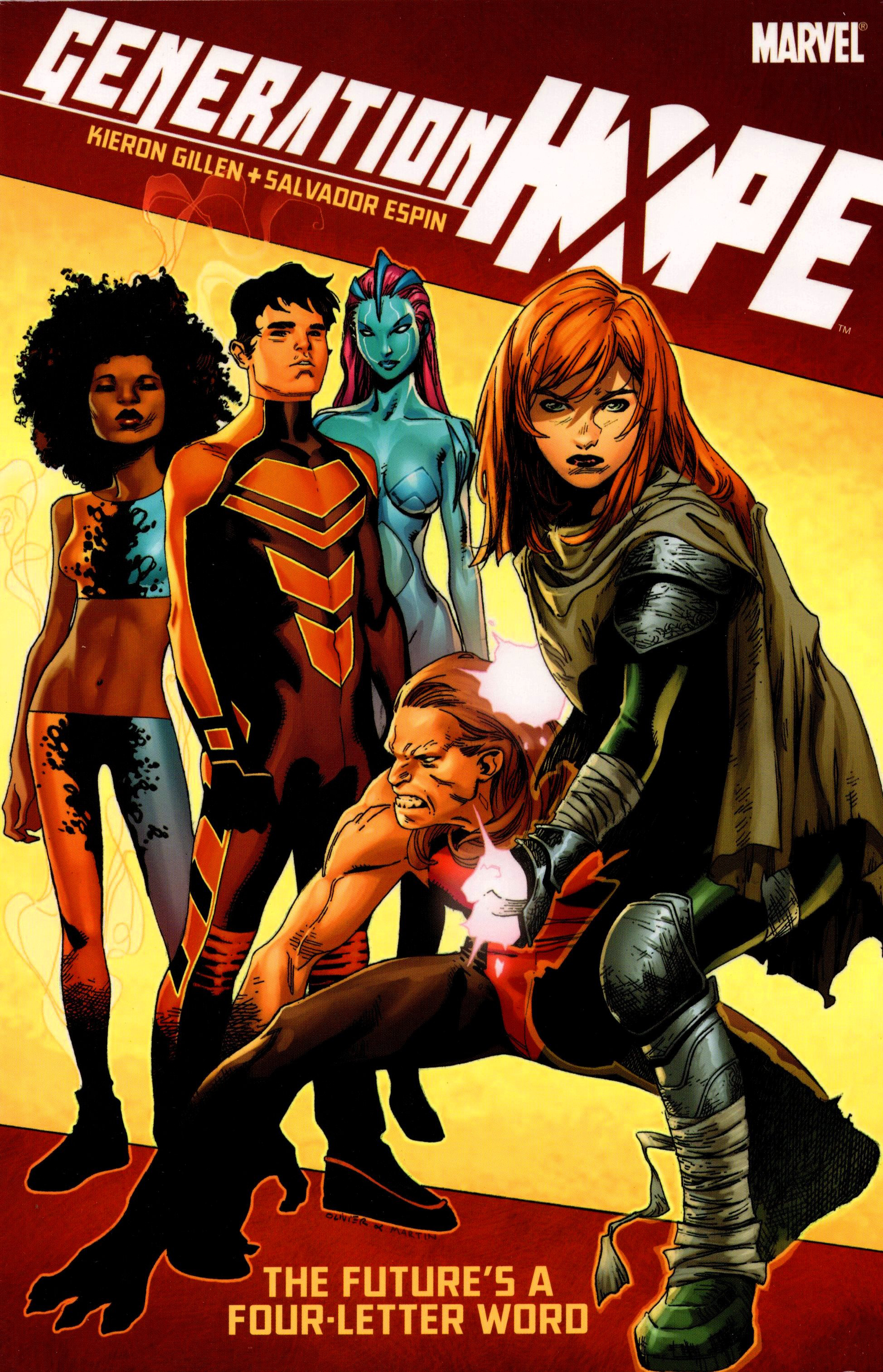 APR110698
(W) Kieron Gillen (A) Salva Espin, Jamie McKelvie (CA) Olivier Coipel
Written by KIERON GILLEN
Penciled by SALVA ESPIN & JAMIE McKELVIE
Cover by OLIVIER COIPEL
Spinning directly out of UNCANNY X-MEN comes the most important new X-Book in years: GENERATION HOPE! When Hope Summers returned from the future, she triggered the rebirth of the mutant gene. Five lights appeared on Cerebra, and five mutants' powers came to life - but their activations have been chaotic and dangerous, nearly killing each of them. It was only the touch of Hope that saved their lives. With Rogue and the four of the five new mutants, Hope heads to Japan to join Cyclops, Wolverine and the fifth light. But will this new light be a hero or a villain? Collecting GENERATION HOPE #1-5 and material from X-MEN: CURSE OF THE MUTANTS SPOTLIGHT.
128 PGS./Rated T+