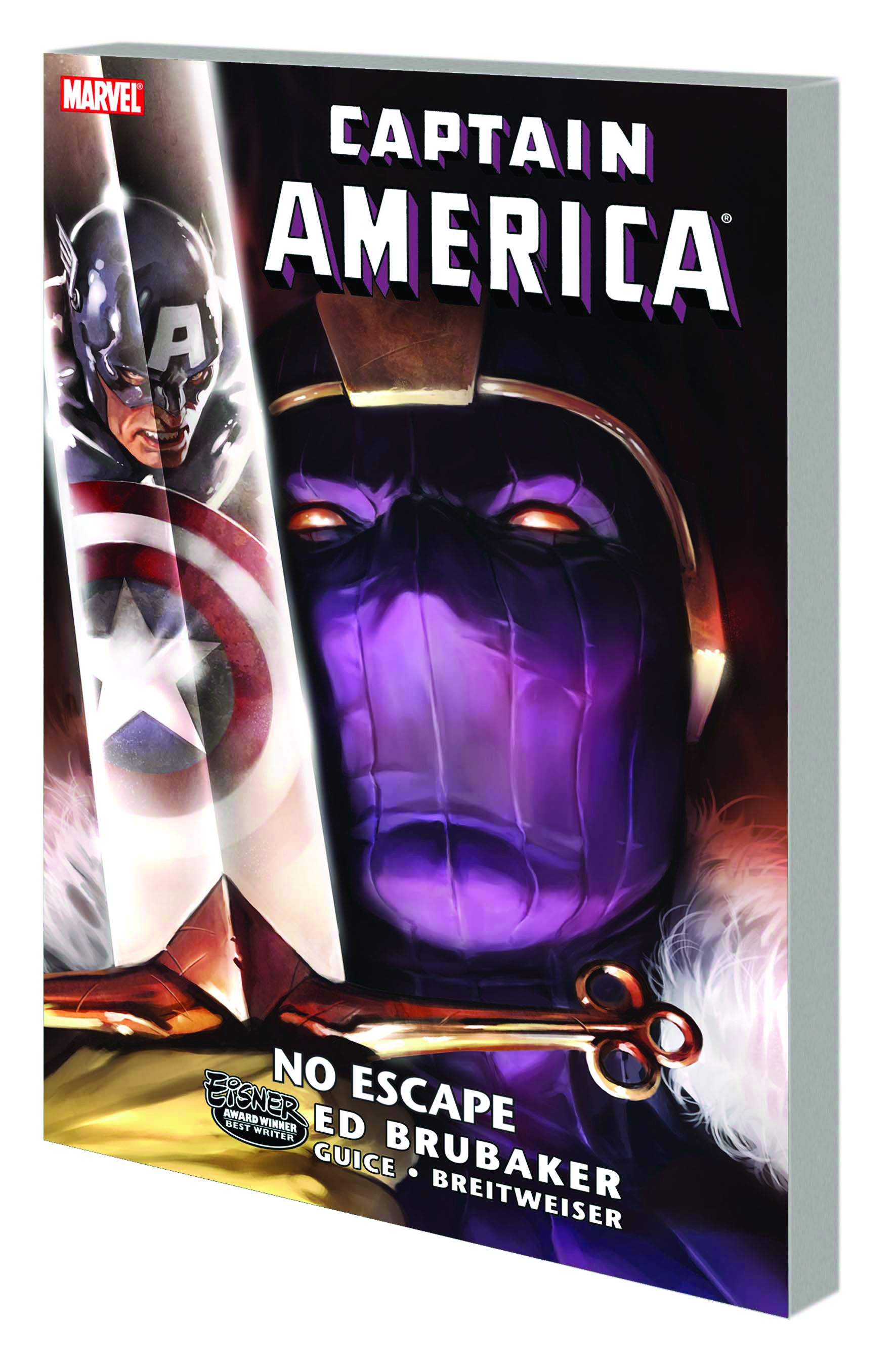 APR110686
(W) Ed Brubaker (A) Jackson Guice (CA) Marko Djurdjevic
Written by ED BRUBAKER
Penciled by BUTCH GUICE
Cover by MARKO DJURDJEVIC
The death of Bucky Barnes! It was one of the greatest moments in Zemo family history: America's Living Legend cast into the icy depths, lost in suspended animation for more than a generation - his sidekick killed in the red glare of a rocket's explosion. And laughing all the while, the man who made it all happen: Baron Zemo. It was a legend that sustained the father during his many unholy crusades of evil. And after his passing, it ennobled the son to aspire to even greater achievements in the Zemo name. But like many legends, it was not wholly true. And now that the younger Baron Zemo has learned the truth, the world is not safe from his mad plans to make it so. For Captain America, there will be no escape. Collecting CAPTAIN AMERICA #606-610.
120 PGS./Rated T+