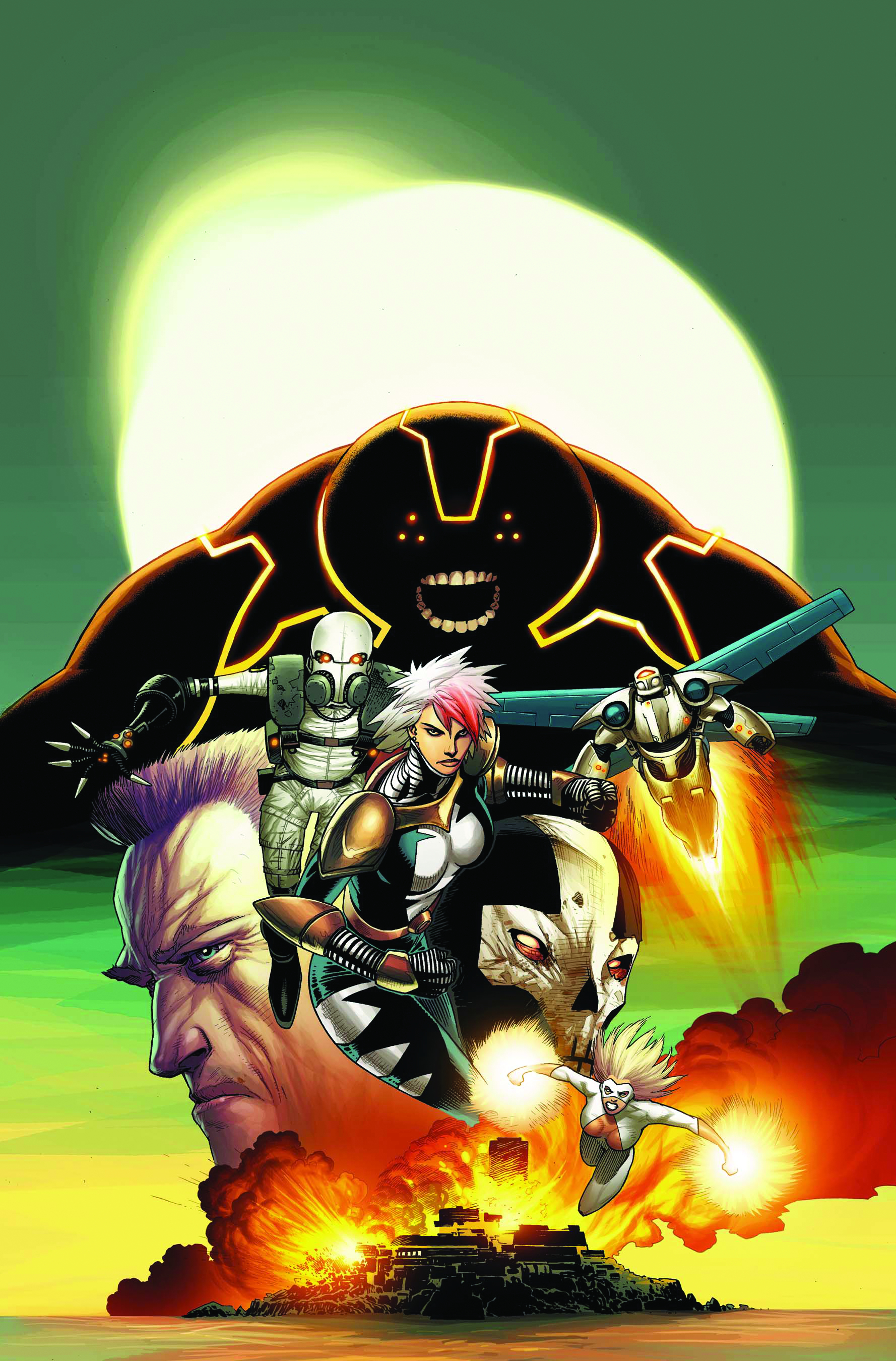 APR110555
(W) Frank Tieri, Jen Van Meter, Joe Caramagna, Jeff Parker (A) Matthew Southworth, Valentine De Landro, Declan Shalvey, Eric Canete (CA) Kev Walker
Written by JEFF PARKER, FRANK TIERI, JEN VAN METER & JOE CARAMAGNA
Penciled by KEV WALKER, DECLAN SHALVEY, MATTHEW SOUTHWORTH
Cover by KEV WALKER
FEAR ITSELF TIE-IN!
When the Fear Itself hammer falls, The Raft is raised by one of its most powerful prisoners with a newfound weapon of the gods! Now the Thunderbolts will begin to learn the true meaning of FEAR ITSELF! Frank Tieri, Jen Van Meter & Joe Caramanga join series writer Jeff Parker to give us all side of the story as the Thunderbolts try to hold themselves and their world together against tide of anarchy!
32 PGS. (each)/Rated T+