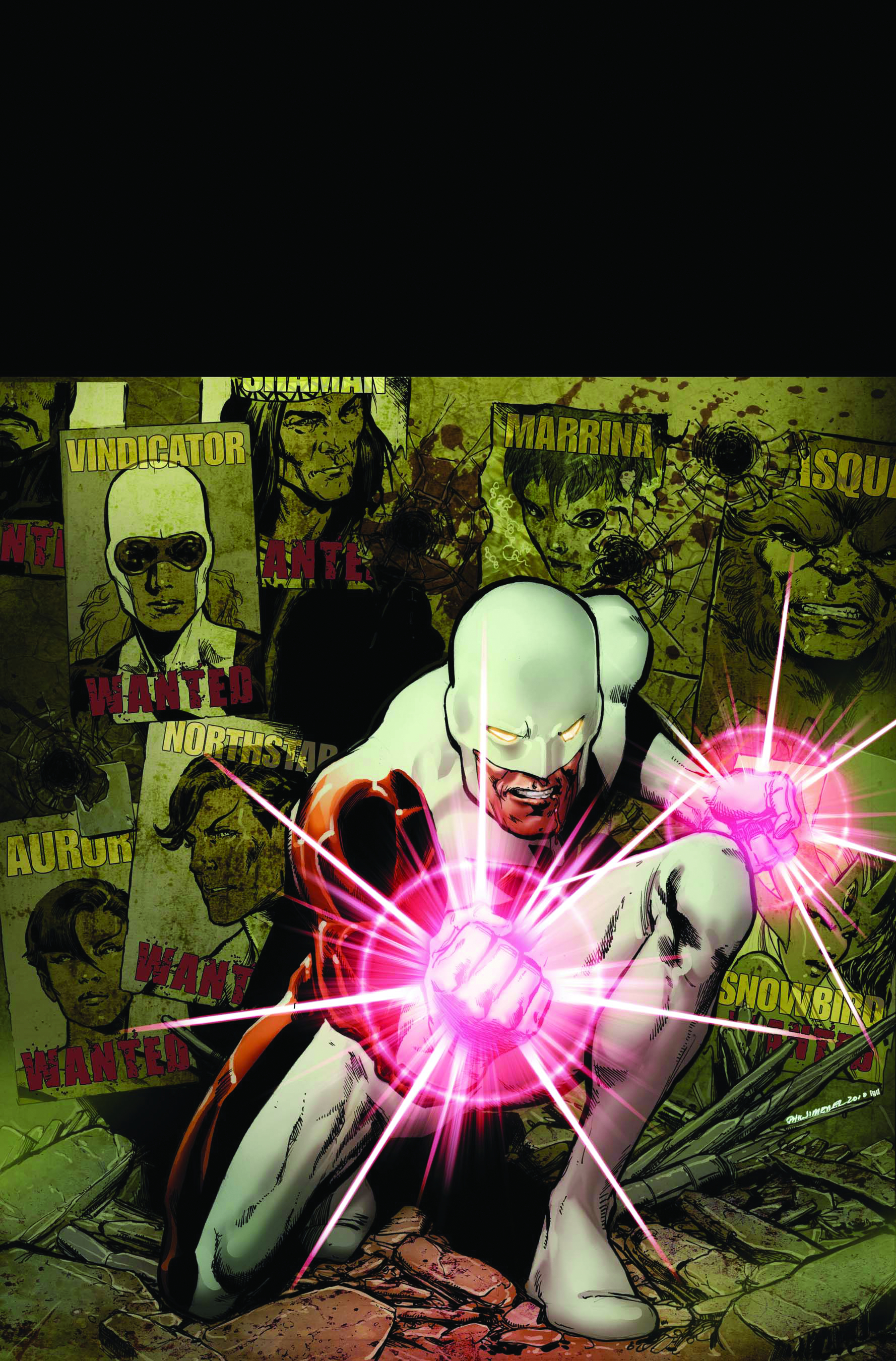 APR110547
(W) Greg Pak (A) Dale Eaglesham (CA) Phil Jimenez
Written by GREG PAK & FRED VAN LENTE
Penciled by DALE EAGLESHAM
Cover by PHIL JIMENEZ
FEAR ITSELF TIE-IN
A FEAR ITSELF maxi-series spinoff! Do you fear...your country turning on you? Alpha Flight has long been the protector of an entire nation...but what happens when that nation needs to be protected from itself?  New York Times best-selling authors Greg Pak and Fred Van Lente, along withred-hot artist Dale Eaglesham, bring back the team you demanded-the original Alpha Flight! Sasquatch, Snowbird, Northstar and Aurora have been joined by their revived allies Guardian, Vindicator, Shaman, and Marrina as the paragons and protectors of an entire nation. But as FEAR ITSELF takes over, their own country turns on the Flight and brands them traitors for the shocking actions of one of their closest allies. As the borders close and an entire nation hunts them down, will the newly reunited Alpha Flight survive?
40 PGS./Rated T+