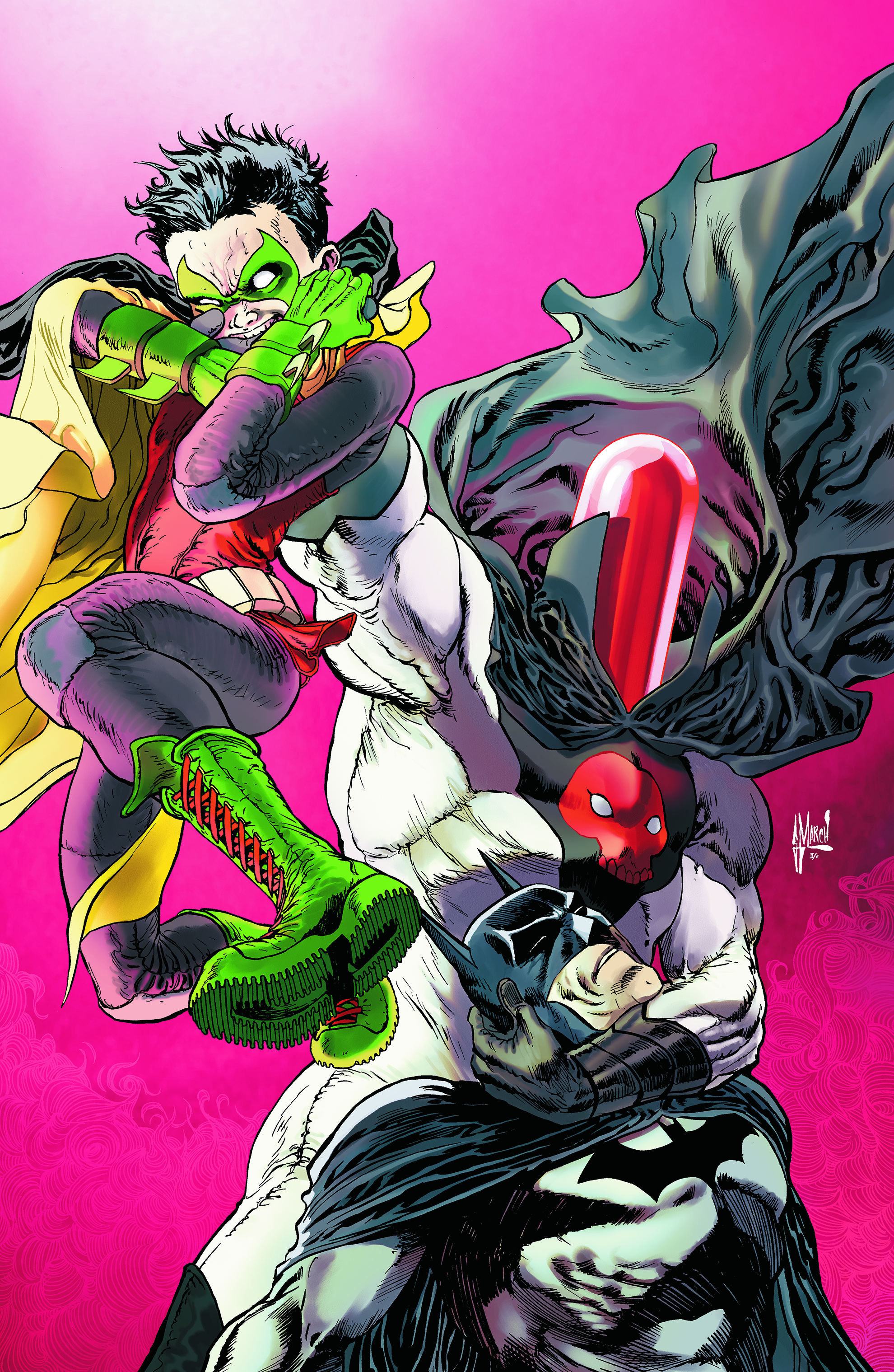 APR110159
(W) Judd Winick (A/CA) Guillem March
Written by JUDD WINICK
Art and cover by GUILLEM MARCH
The Red Hood is out! But the bigger mystery is who broke him out of prison - and why? His liberators seem to have plans for him. Plans that Jason wants no part of. It's a street brawl, and unlikely allies come together! Batman, Robin and The Red Hood must fight alongside one another in a knockdown, drag-out battle, taking on the people who sprung Jason Todd.
On sale JUNE 8