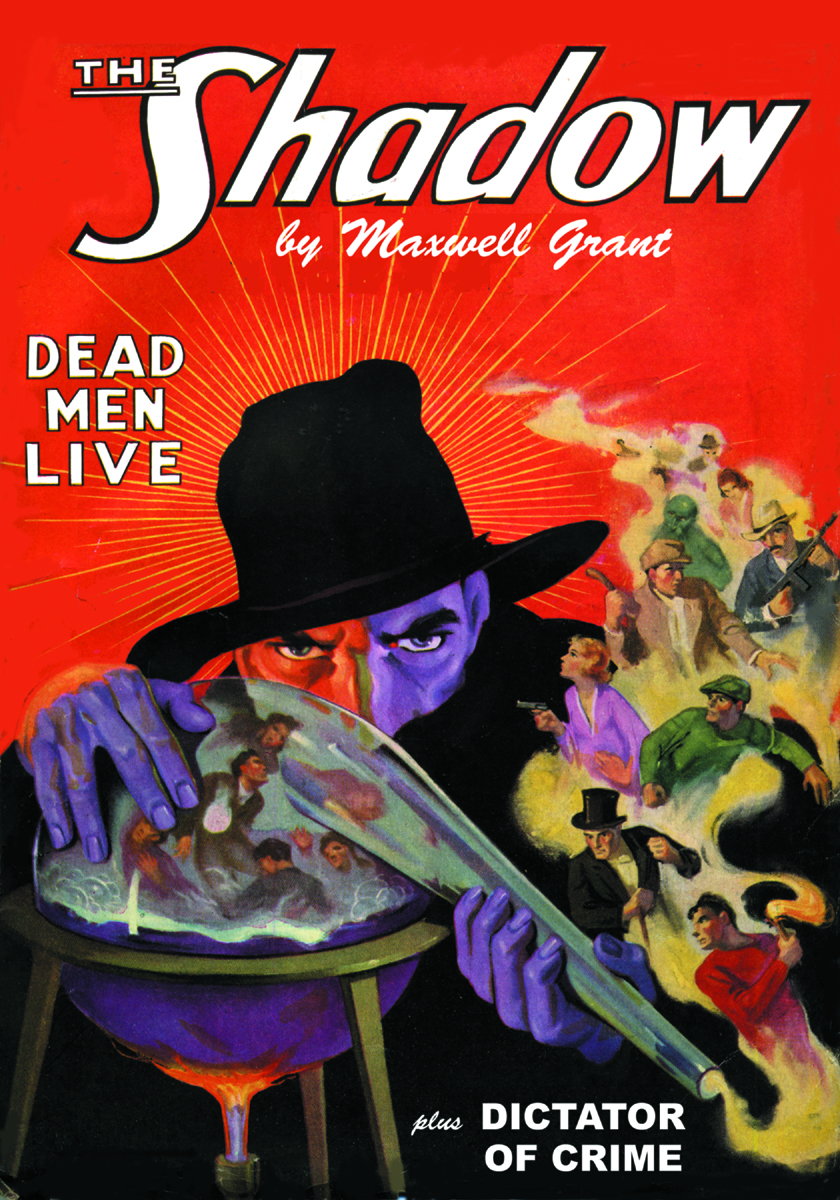 APR101249
(W) Various (A) Various
(W) Walter Gibson
Lamont Cranston discovers that strange scientific secrets lurk behind a series of prominent murders when "Dead Men Live." Then, Kent Allard and Margo Lane journey to a Caribbean nation to confront a "Dictator of Crime," but La Sombra is soon captured and sentenced to death by a firing squad!