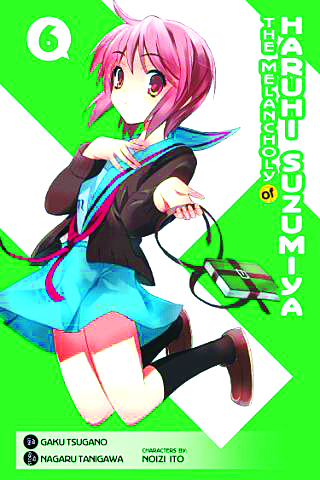 APR101154
(W) Noizi Ito, Nagaru Tanigawa (A/CA) Gaku Tsugano
(W) Noizi Ito, Nagaru Tanigawa (A) Gaku Tsugano
The school festival is right around the corner, and Haruhi jumps at the chance to give the SOS Brigade more exposure. Swapping her Brigade Chief armband for a director's chair, Haruhi begins production on "The Adventures of Mikuru Asahina," written, directed, and produced by her. But Haruhi seems to be making it up as she goes along, and Kyon's having trouble cleaning up her messes when he's burdened with all the film equipment. Has Haruhi taken things too far this time?