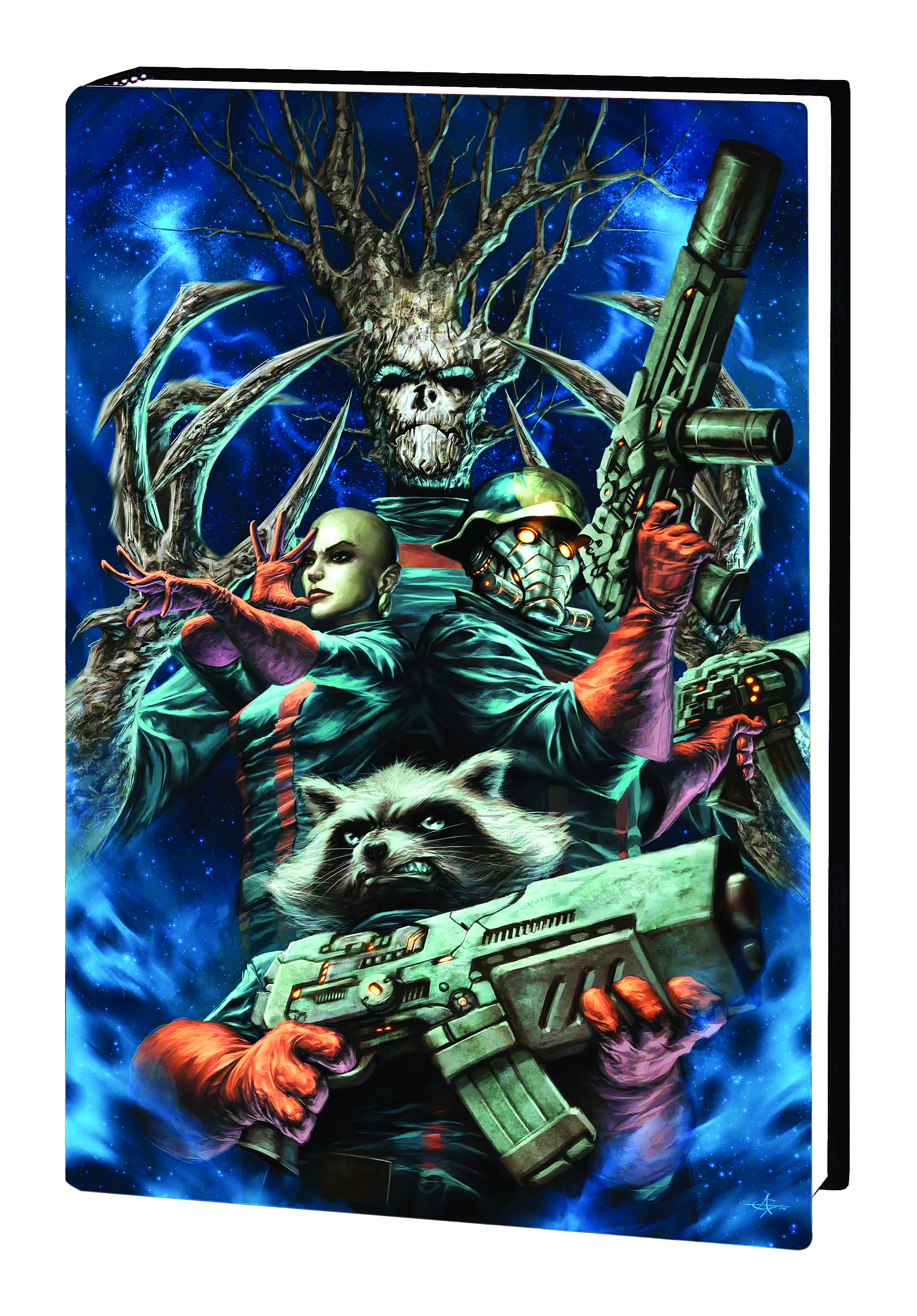 APR100657
(W) Dan Abnett, Andy Lanning (A) Brad Walker (CA) Alex Garner
Written by DAN ABNETT & ANDY LANNING
Penciled by BRAD WALKER
Cover by ALEX GARNER
The Guardians have been to hell and back on a desperate quest to save the past, present and future of the universe itself. But after their monumental efforts and terrible
sacrifice, could it be that-due to the end of WAR OF KINGS and the creation of The Fault-the universe is an even more dangerous place than before...and they just don't realize it yet? Collecting GUARDIANS OF THE GALAXY #20-25.
144 PGS./Rated T+ ...$24.99