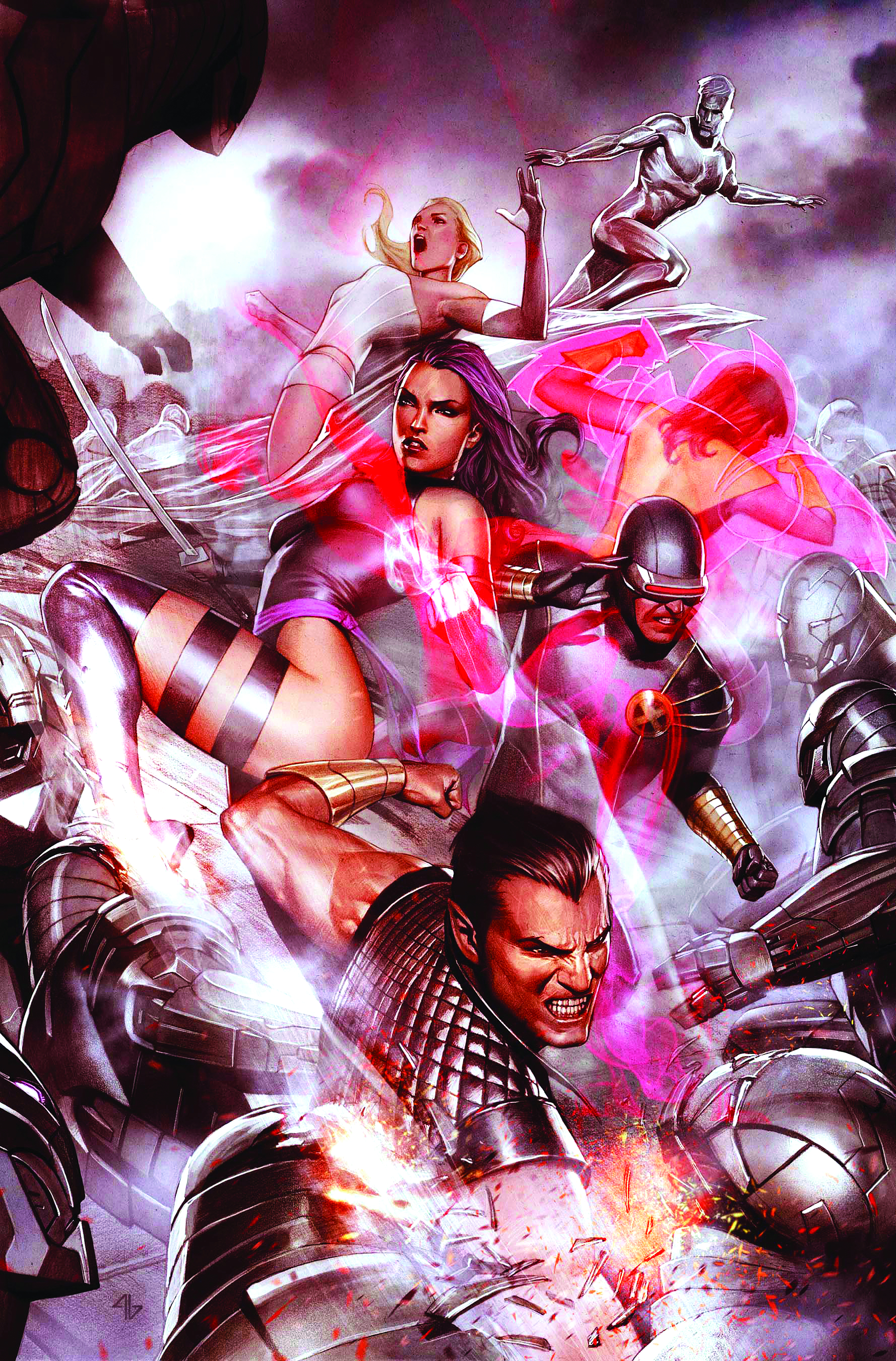 APR100621
(W) Matt Fraction (A) Terry Dodson (CA) Adi Granov
Written by MATT FRACTION
Penciled by TERRY DODSON
Cover by ADI GRANOV
Variant by DAVID FINCH
"SECOND COMING", CHAPTER TEN
Things have never been worse for the X-Men. They're stuck in an impregnable dome of Bastion's creation. As if that's not bad enough, inside this dome is a portal to the Days of Future Past timeline through which thousands of Nimrod Sentinels are pouring. Cyclops has sent Cable, Cypher and X-Force on a suicide mission into the future to destroy the portal, but do they stand a chance?
32 PGS./Rated T+ ...$2.99