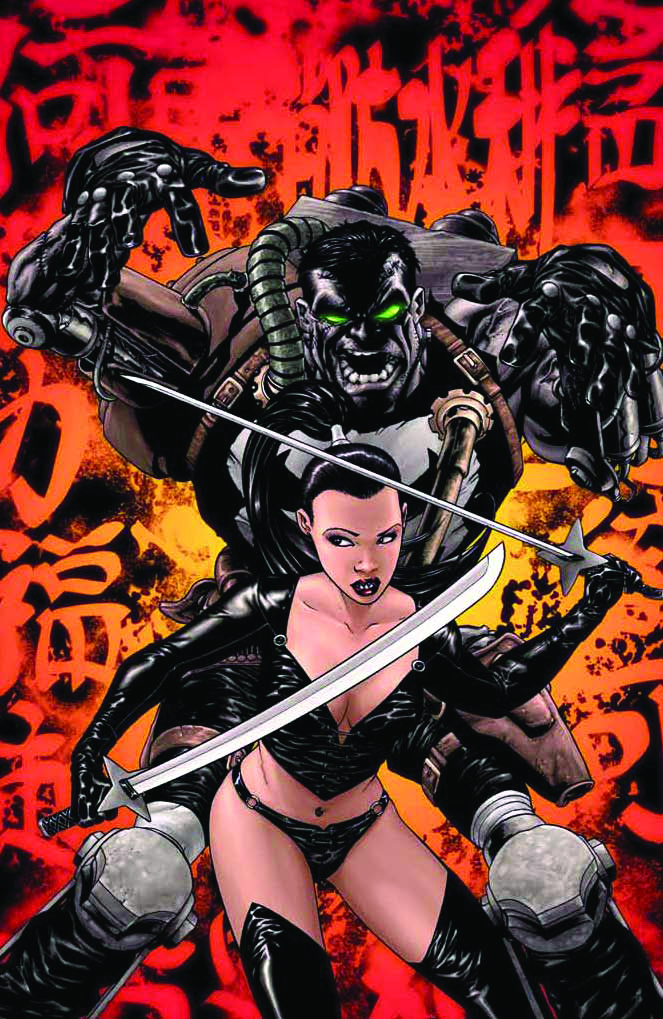 APR100580
(W) Rick Remender (A) Jefte Palo (CA) Mike McKone
Written by RICK REMENDER
Penciled by JEFTE PALO
Cover by MIKE McKONE
"PAYBACK," PART 1
Lady Gorgon, a high-ranking Hand operative, lost her stature after she failed to kill Frank Castle. Now that the Punisher has made his way to Tokyo to hunt her, she'd be lucky if her stature is all she looses. Frank's made a list of every scumbag dumb enough to take a shot at him. If you're on his list, you're already dead. Let the festivities begin.
32 PGS./Parental Advisory ...$2.99