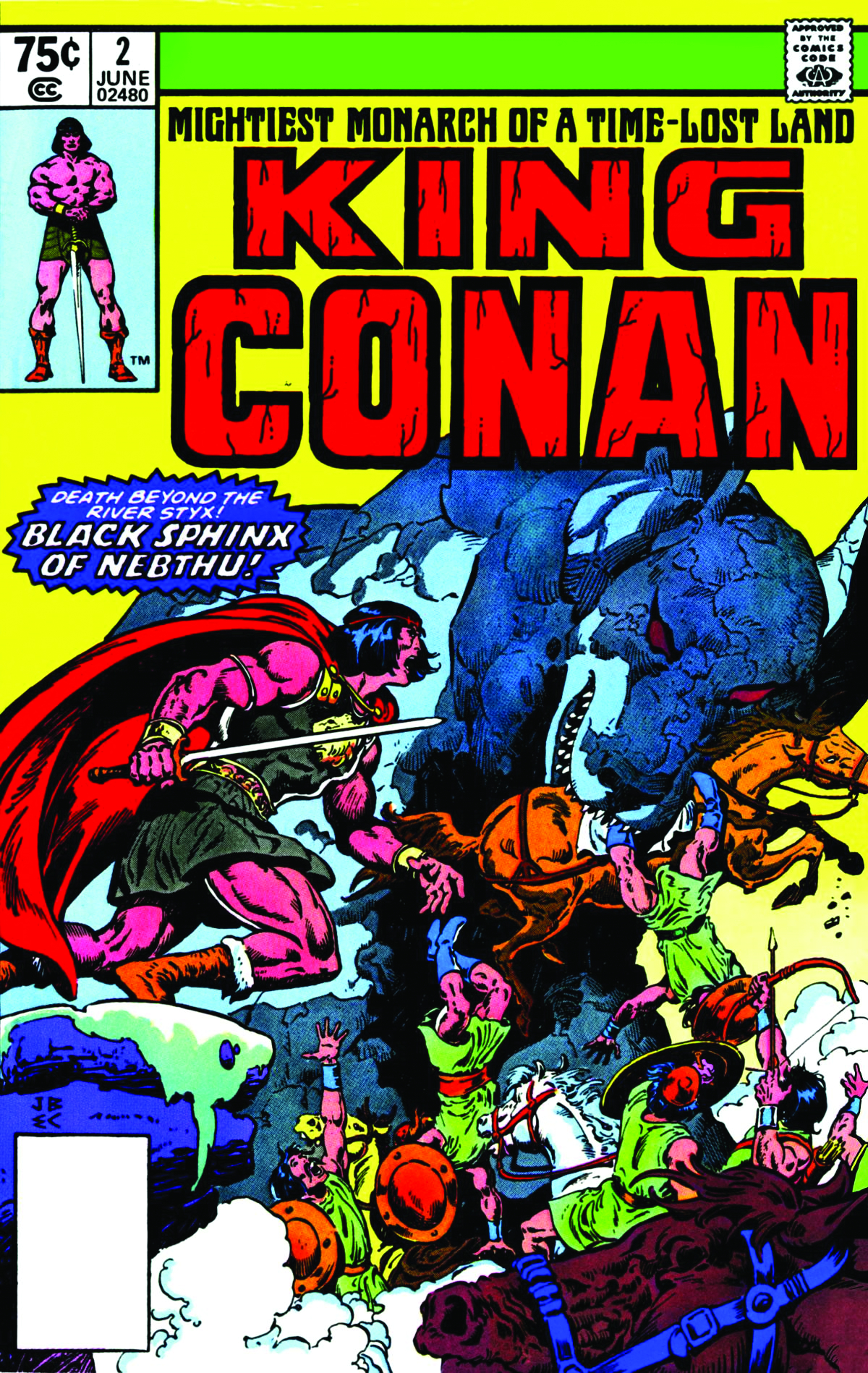 APR100036
(W) Roy Thomas (A) Danny Bulanadi (A/CA) John Buscema, Ernie Chan
Conan is king! Join Conan, king of Aquilonia, his queen Zenobia, and their son Conn in this comics adaptation of L. Sprague de Camp, Lin Carter, and Björn Nyberg's stories "The Witch of the Mists," "Black Sphinx of Nebthu," "Red Moon of Zembabwei," "Shadows in the Skull," and "The Ring of Rakhamon"!

o King Conan is based on a series of five short stories by Robert E. Howard, originally published in Weird Tales.