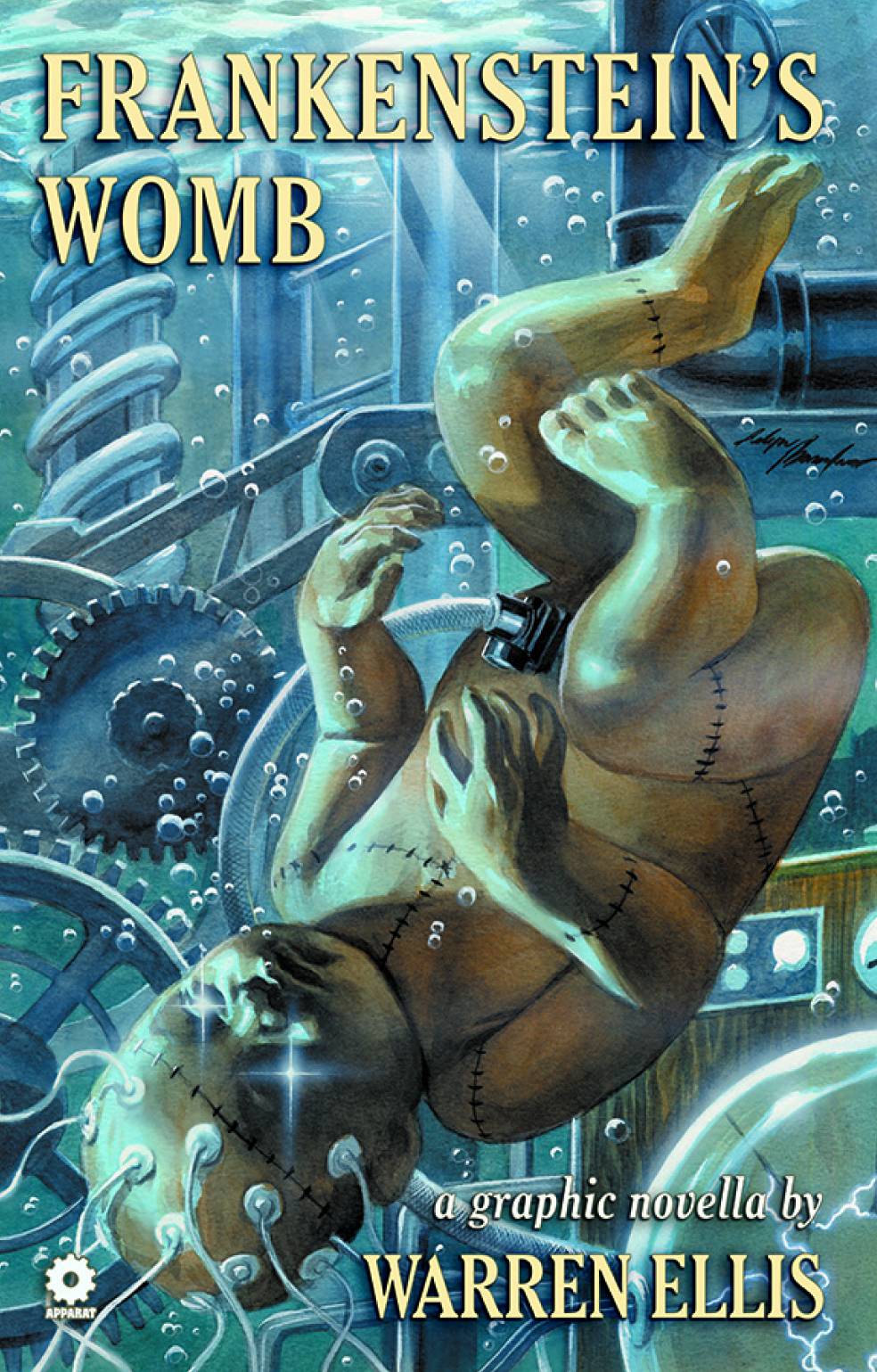 #
APR090689
(W) Warren Ellis (A) Marek Oleksicki (CA) Felipe Massafera
The newest addition to Warren Ellis' Apparat line of original graphic novels has arrived! 1816 was called "The Year Without A Summer." In the weird darkness of that July's volcanic winter, Mary Wollestonecraft Godwin began writing Frankenstein on the shore of Lake Geneva in Switzerland. But that is not where Frankenstein began. It began months earlier when, en route through Germany to Switzerland, Mary, her future husband Percy Shelley, and her stepsister Clair Clairmont approached a strange castle. Castle Frankenstein, some one hundred years earlier, had been home to Johann Conrad Dippel, whose experiments included the independent invention of nitroglycerin, a distillation of the elixir of life - and the transfer of a live soul into an awful accretion of human body parts. Mary never spoke of having entered the real Castle Frankenstein, stark on its hilltop south of Darmstadt.  But she did. And she was never the same again - because something was haunting that tower, and Mary met it there! Fear, death and alchemy - the modern age is created here, in lost moments in a ruined castle on a day never recorded. Following up the huge successes of Crecy and Aetheric Mechanics, Ellis turns his spark of mad genius to bring us a fantastical tale in this all new original graphic novel illustrated in atmospheric perfection by newcomer Marek Oleksicki. Also available in a Direct Market exclusive Hardcover edition limited to just 1,000 copies.
In Shops: Jul 29, 2009
SRP: $6.99