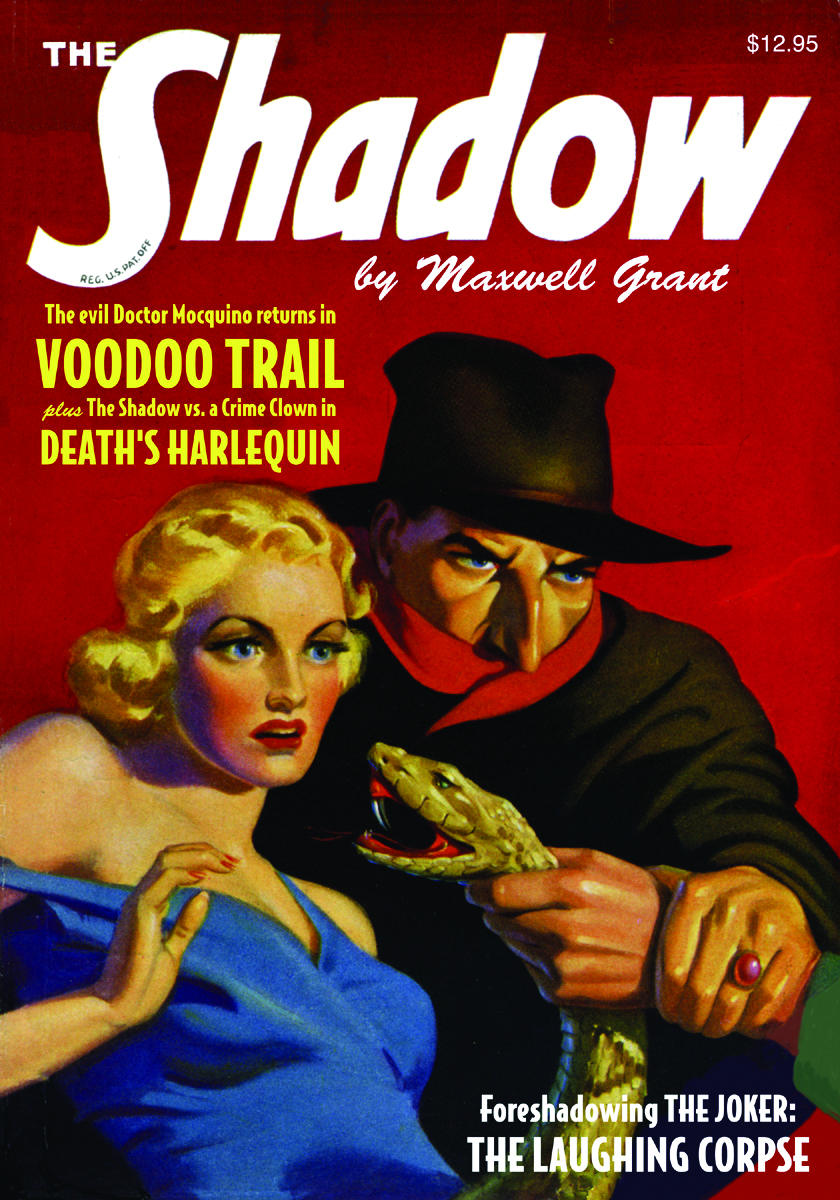 APR084284
(A) Edd Cartier (CA) George Rozen
"Who knows what evil lurks in the hearts of men? The Shadow Knows!" The Master of Darkness returns in three thrillers that foreshadowed two classic Batman villains! First, the Voodoo Master returns from the dead to lead The Shadow on a Voodoo Trail to their final showdown, in the story that inspired Batman's first supervillain, Doctor Death. Then, The Shadow battles a murderous clown in Death's Harlequin. Finally, The Dark Avenger searches for a murderer who kills with a deadly formula that causes his victims to laugh themselves to death in The Laughing Corpse, a classic Shadow script from the Golden Age of Radio, while The Shadow-Batman connection is examined in a foreword by long-time Batman writer and editor Denny O'Neil. This instant collector's item also features both color pulp covers by George Rozen and Graves Gladney, all the interior illustrations by legendary illustrator Edd Cartier, and commentary by popular culture historians Will Murray and Anthony Tollin.