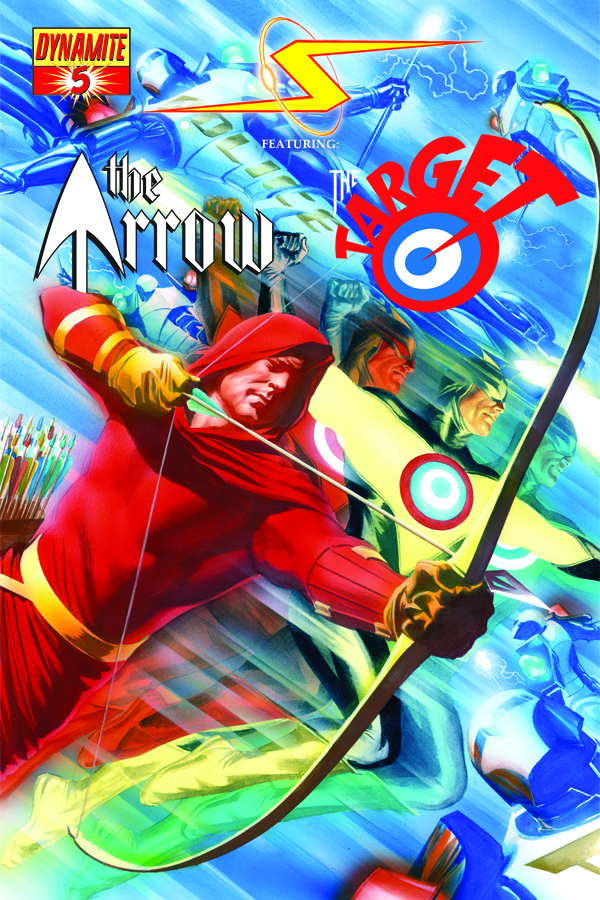 APR083691
(W) Jim Krueger, Alex Ross (A) Carlos Paul (CA) Alex Ross
by Alex Ross, Jim Krueger & Carlos Paul
Dynamite Entertainment and Alex Ross unleash Project Superpowers as the "dynamite" launch of the year continues in our new flagship title! The saga continues as we focus this issue on The Arrow and The Target! In New Shangri-La, the Black Terror leaves his companion and strikes out across the world as more and more heroes are appearing broken free from the power of the Urn! The Terror isn't the only one on the hunt though as the Dynamic Family seeks the heroes for their own means! This powerful series is overseen by Alex Ross, along with writer Jim Krueger and artist Carlos Paul, and is the most powerful comic book event of the year! Plus, each issue of the series features original character design art from Alex Ross himself! Series now extended to 7 issues for the launch of the Project Superpowers from Dynamite!