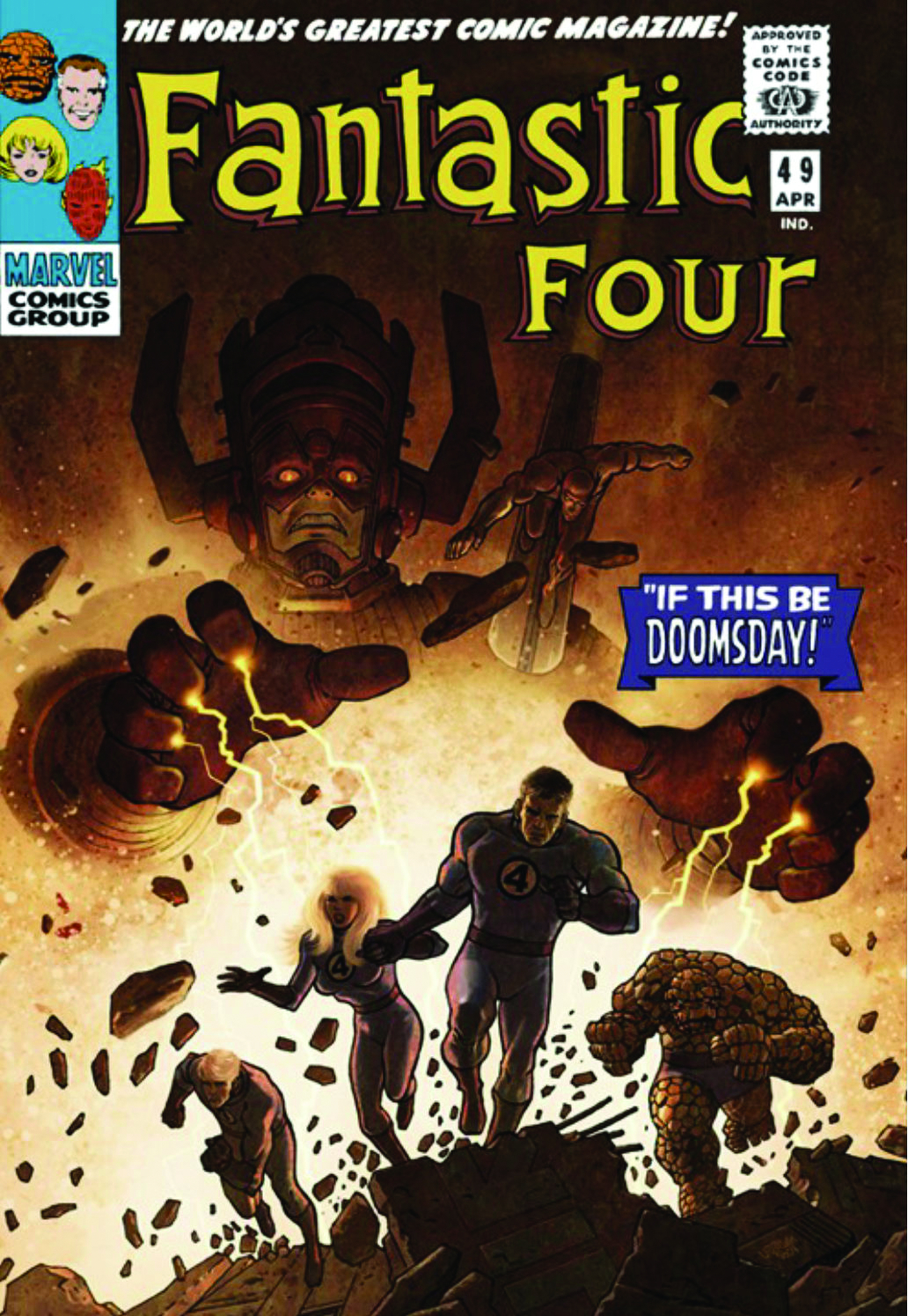 APR072359
(W) Stan Lee (CA) Jose Ladr?nn (A/CA) Jack Kirby
Written by STAN LEE
Penciled by JACK KIRBY
Cover by JACK KIRBY
Variant Painted Cover by LADR NN
With all that Stan Lee and Jack Kirby accomplished in their first 30 issues of FANTASTIC FOUR, who would have thought they were just warming up? Well, True Believers, now it's time to jump into the fire because the second 30 are where they really start to turn up the heat!
Their achievements reflect the boundless energy of two creators at the top of their game with each issue, character and creation building upon and exceeding the scope of the last. It's a list of accomplishments unparalleled in the history of comics: the origin of Dr. Doom; the Frightful Four; the Wedding of Reed Richards and Sue Storm; the Inhumans; the first appearance of the Silver Surfer; the Galactus Saga; the debut of the world's first black super hero, the Black Panther; the cosmic clash between the FF, the Surfer and Dr. Doom; and, of course, "This Man, This Monster!" - the story widely regarded as the greatest FF tale of all!
Collecting the greatest stories from the World's Greatest Comics Magazine in one, massive collector's edition that has been painstakingly restored and recolored from the sharpest material in the Marvel Archives. With critical essays on the Lee/Kirby collaboration and bonus features a-plenty, this book is nothing short of a cornerstone to the Marvel Universe!
Collecting FANTASTIC FOUR #31-60 and ANNUAL #2-4.
832 PGS./All Ages ...$99.99
ISBN: 0-7851-2403-9
Trim size: oversized
FANTASTIC FOUR OMNIBUS VOL. 2 HC - VARIANT EDITION
832 PGS./All Ages ...$99.99
ISBN: 0-7851-2510-8