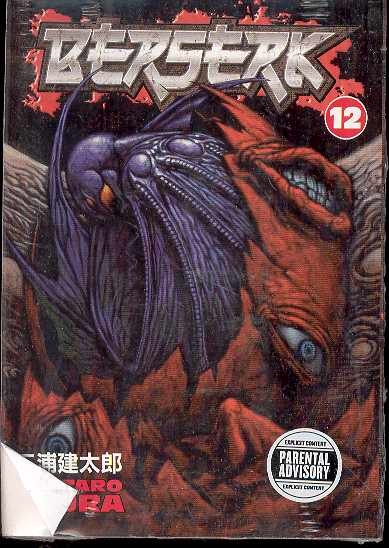 The Band of the Hawks' rescue of their leader, Griffith, has brought them no ease. Broken beyond healing, a frail ghost of his former glory, Griffith is now more an object of pity than a man, and the Hawks, who've grimly hung together under duress and death during his absence, are now on the verge of splintering to the winds. But Griffith's dreams and ambitions, built on the bodies of his troops and the countless enemies they have slain, have not gone unnoticed in the spirit realm, and though Griffith has nowhere to go as a man, he may yet have a future . . . a future borne on jet-black wings in the company of the demon lords of the Godhand!

The Berserk manga has been adapted into a best-selling anime series available from Media Blasters!