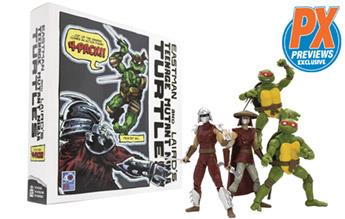 Donatello and Raphael face off against Shredder and his Foot Elite henchman in this limited edition set that features classic Mirage styling.