Got It Covered: Miguel Valderrama Gets In Your Face With 'Cyberpunk 2077' 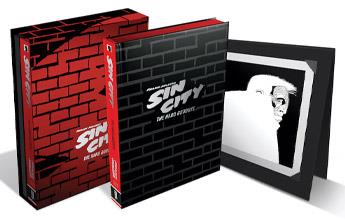 In celebration of the 30th anniversary of the acclaimed crime noir series, Sin City arrives with a new softcover edition presented at original size with new wrap-around cover art and pinup gallery.