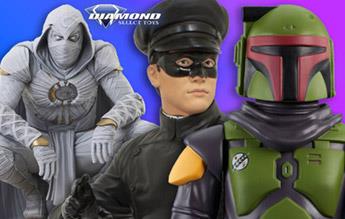 Diamond Select Toys has tons of new collectibles in the October PREVIEWS! This month features a new Jumbo Star Wars figure, Marvel Statues, returning favorites, and so much more to order!

Power Up to Pre-Order the New Samus Figma from Metroid Dread
Sep 27, 2022