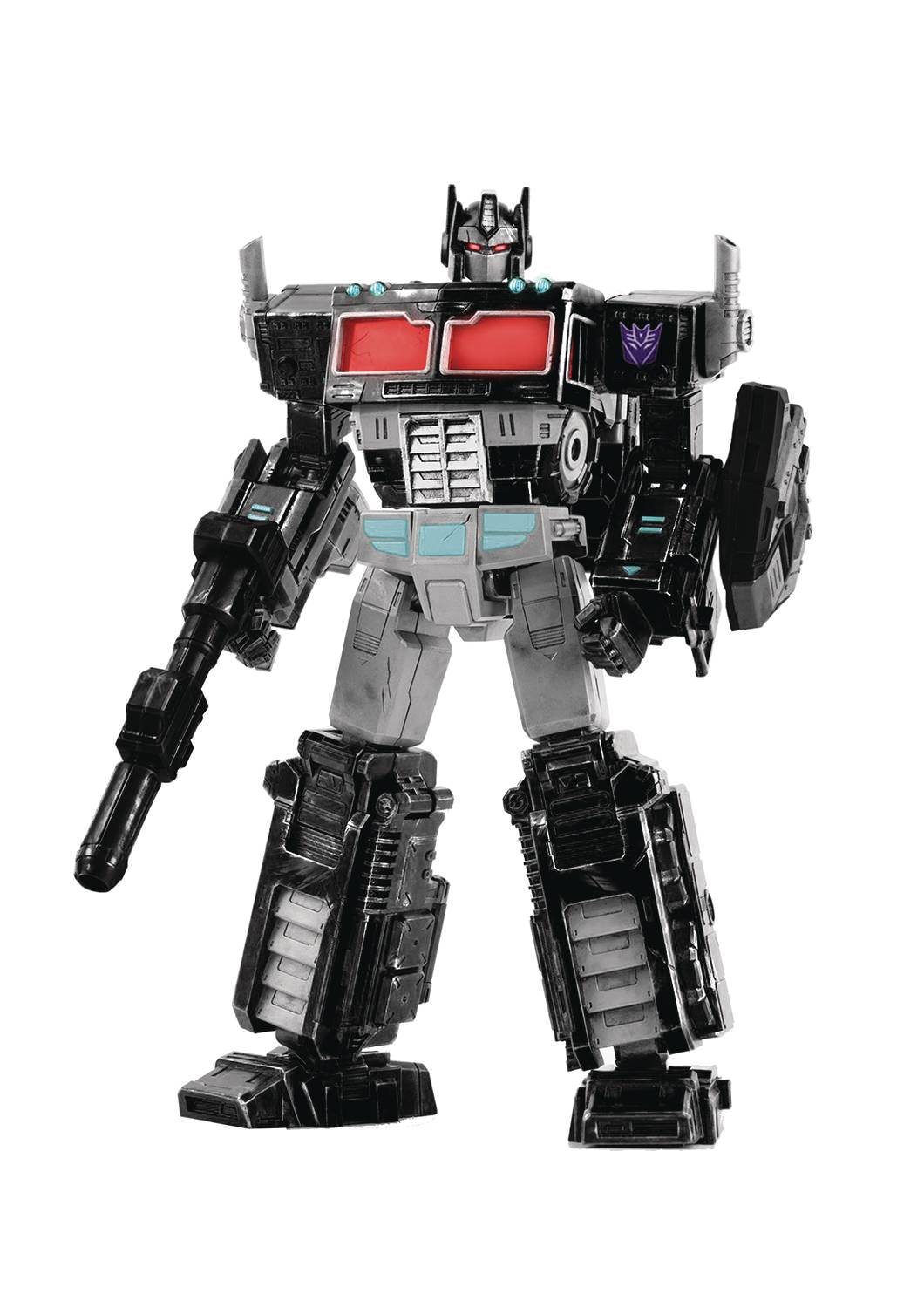 # # # # #
AUG208060
From Threezero. Hasbro and Threezero are thrilled to introduce the evil leader Nemesis Prime in the Transformers DLX Collectible Figure Series! Using the Optimus Prime sculpt from the Transformers: War For Cybertron Trilogy, this figure is available exclusively for PREVIEWS in North America! At 10" tall, the Transformers: War For Cybertron Trilogy - DLX Nemesis Prime collectible figure features approximately 50 points of articulation, a die-cast metal frame, and LED illuminated eyes and chest cavity. Accessories include Ion Blaster, Energon Axe, Energon Shield, a total of five pairs of interchangeable hands, and a DLX Action Stand for various expressive poses. Like other DLX series figures, Nemesis Prime features a die-cast metal frame for increased playability, with a finely-detailed paint application that showcases the war-torn weathered style representative of the War For Cybertron Trilogy. The Nemesis Prime color scheme is a limited edition variant that does not appear in the series and this PREVIEWS exclusive figure is limited to only 1000 Pieces in North America, so order now!  Requires AG13 x2 Batteries, not included.