Giga #1 Sells Out Ahead of Release, Sent Back to Press 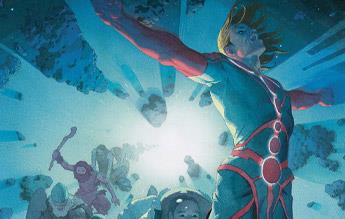 Check out a brand-new trailer for the debut issue of Eternals featuring never-before-seen artwork and covers!

Explore the Secret Histories of the Hellboy Universe
Nov 23, 2020