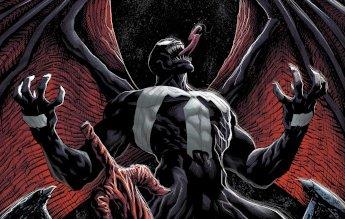 Venom #35, the 200th issue of Marvel Comics' Venom overall and the climax to Donny Cates and Ryan Stegman's groundbreaking run on the title, was the best-selling comic book of June 2021 through Diamond Comic Distributors.