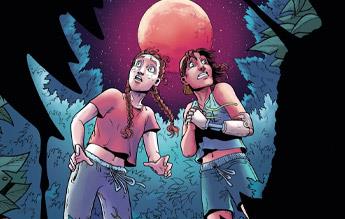 Goosebumps—the beloved, long-running children’s horror series first published by Scholastic in 1992—expands its world with the May 5th release of Goosebumps: Secrets of the Swamp.