The X-Men Clash with Mysterious New Foes This November 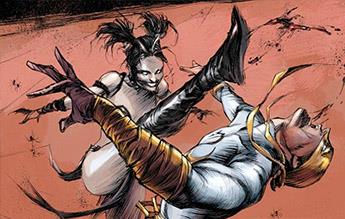