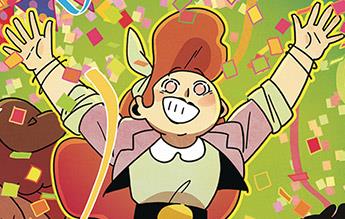 BOOM! Studios today announced The End of Summer, the first ever Lumberjanes event, will begin in Lumberjanes #73 this September!