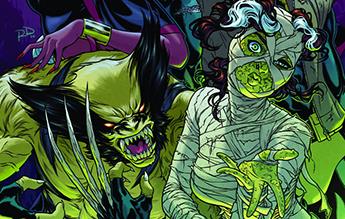 Marvel has a proud history of horror-themed comics, and this October, these classic terrifying tales will be honored in a series of Horror Variant covers!

Transformers Through the Eyes of Rescuers and Refugees
Sep 18, 2020