The Phoenix Rebirth Bishoujo Statue is a PREVIEWS Exclusive 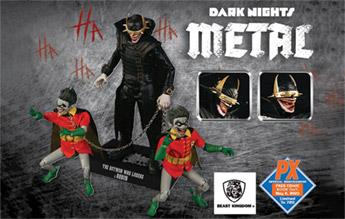 Enter a dark world unlike any other with Beast Kingdom as two of the main characters from the DC Multiverse join the highly articulated DAH (Dynamic 8ction Heroes) line of figures!

These PX Tin Titans Totes Take Your Lunch to the Next Tier
Oct 04, 2022