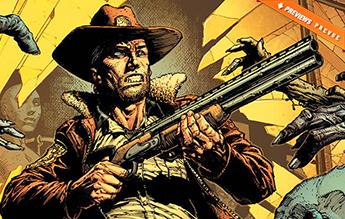 It's time to revisit the historic independent series that took the entertainment world by storm.

A Pop Culture Icon Makes Their Marvel Comics Debut in The Rise of Ultraman
Aug 12, 2020

Official Trailer: 'Seven Secrets' Worth Fighting And Dying For
Aug 12, 2020