Suit Up: The Man of Steel...SUPERMAN Next Article 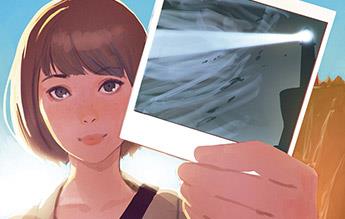 The Adventures of Max, Chloe, and Rachel, From Life Is Strange, Continue Into New Era
Feb 25, 2020

Max, Chloe and Rachel are back as the acclaimed comic series, set in the world of the award-winning game returns for Titan Comics. Hear from writer Emma Vieceli in our exclusive interview!