Wes Craig's Got It Covered: The Deadly Art of 'Deadly Class'

Suit Up: Those Uncanny X-Men Next Article

PREVIEWSworld's Gems of the Month for January 2020 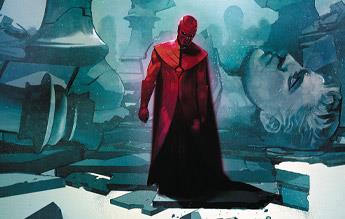 Every week PREVIEWSworld calls attention to those comics, graphic novels, and toys which stand out from all the rest. These titles can be found at your local comic shop on February 26th!