PREVIEWSworld's Gems of the Month for January 2020

Wes Craig's Got It Covered: The Deadly Art of 'Deadly Class' Next Article

Johnson Previews the Year Ahead for Titan's Blade Runner 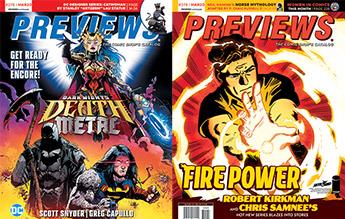