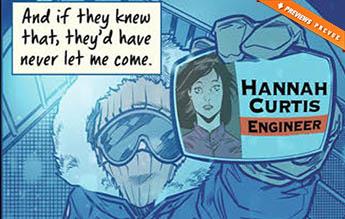 Genetic manipulation, paradox, alternative histories, and much more are included in this 128-page anthology of hard science fiction and genre stories! From some of the best up-and-coming talent in comics!

Kevin Wada’s 'Getting It Together' Homage Variant to Sex and the City Revealed
Sep 10, 2020