Undiscovered Country Gets a Third Printing 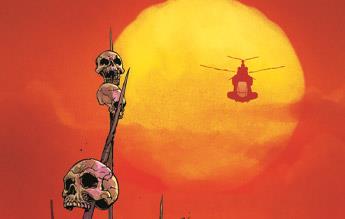 Image Comics has fast-tracked a fourth printing of Undiscovered Country #1 in order to keep up with the mounting pressure from fans looking to jump on board for the new series from Scott Snyder, Charles Soule, and artist Giuseppe Camuncoli.