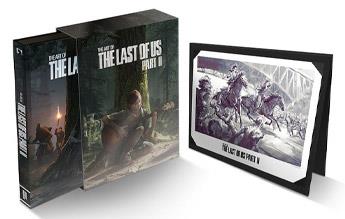 Follow Ellie’s profound and harrowing journey of vengeance through an exhaustive collection of original art and intimate creator commentary in this deluxe full-color hardcover volume: The Art of The Last of Us Part II Deluxe Edition.

Mike Allred Takes You On An Interdimensional Trip with X-Ray Robot
Jan 22, 2020