Mezco Offers a Supreme Take on the Dark Knight 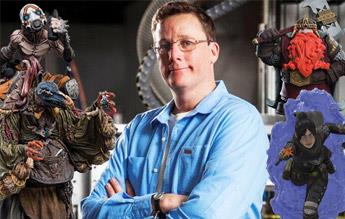 With Toy Talk, we hope to introduce you to the artisans and creators behind some of your favorite collectibles! This month, we welcome Weta Workshop CEO & Creative Director, Richard Taylor.