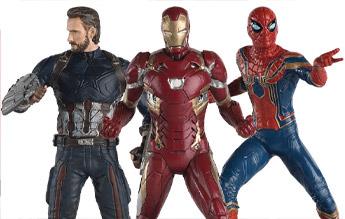 For the first time, Eaglemoss is creating 1:18 scale statues cast in solid metal that will recreate your favorite characters from across the Marvel Cinematic Universe.