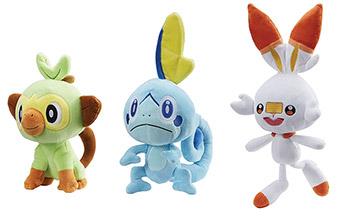 Cute and cuddly Pokémon plushes are here as a Featured Item in the PREVIEWS UK March Catalog!