They're Out of the Lab and On the Streets, Get to Know the Figures of Alter Nation 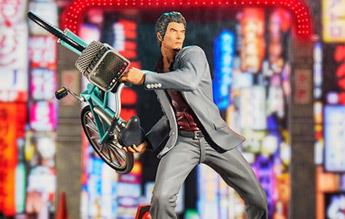 Resolved to defeat any enemies heading his way, Kazuma Kiryu rocks his iconic suit ensemble with a bicycle in tow to beat down anyone brave enough to confront him in this highly detailed dynamic statue!