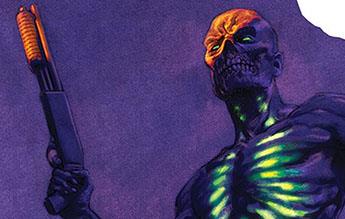 "Chris and Jacob pull off something remarkable here. A vivid and bright story that nails a thorough sense of foreboding and darkness. A shocking amount of talent for a duo so fresh to comics!” —Chip Zdarsky