Mangapedia Part 1: What is Manga? Next Article 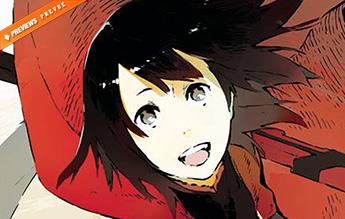 You may have the special one-shot from the acclaimed creator Shirow Miwa! Now you can relive your favorite scenes with this official re-telling of RWBY, slash by slash, volume by volume.