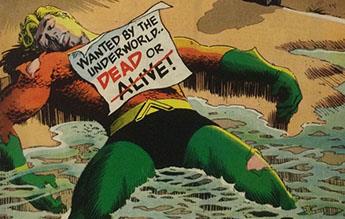 As DC Comics’ underwater superhero celebrates his 80th anniversary, we dive into his early days in the Golden and Silver Ages.