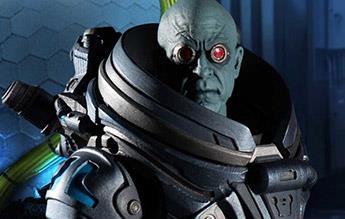 Complete with his signature Ice Gun and armored cryo-suit, Mezco’s take on the iconic Batman villain aims to freeze you in your tracks and give you an icy cold stare!

Sneak Peek Inside the May/June PREVIEWS Toychest
May 24, 2020