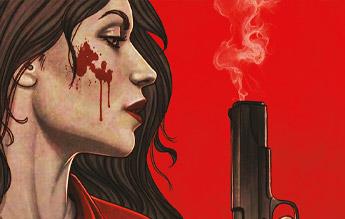 The Roaring Twenties are back! With all the romanticism and brazen violence of mafia-dominated New York, Mafiosa sets the status quo ablaze--with style, class, and a smoking barrel this October.