Sword And Daughter For Pain And Parenthood 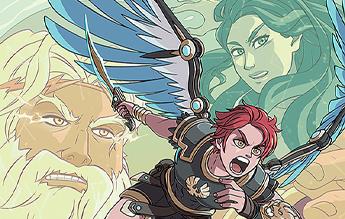 Following up on the adventures from the Immortals: Fenyx Rising video game, Dark Horse presents a new adventure set in the Greek Mythology inspired world that's perfect for all-ages.

Read the Nightmarish History of Films That Never Were in ‘Untold Horror’
Feb 17, 2021

Young Hellboy Interview: Whether You're A Kid Or An Adult -- No One Is Safe On The Hidden Island!
Feb 16, 2021